From 1986 to 1997, Jeep Wrangler, the first generation, was born.
In 1986, AMC officially launched Wrangler YJ series at Chicago Auto Show. In terms of design, Wrangler YJ retains CJ's classic appearance, but its center of gravity is lower. Meanwhile, it has better control and comfortable interior design. At the same time, classic elements such as forward wind shield and detachable door remain. Different from CJ's round headlamp, YJ's Square headlamp design is also a significant feature. 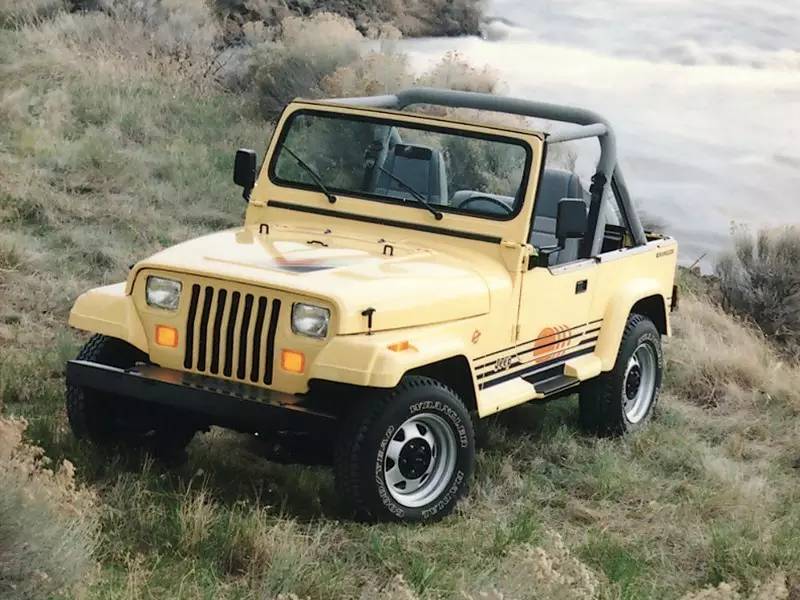 In terms of power, YJ is equipped with 2.5L in-line 4-cylinder and 4.2L in-line 6-cylinder engines. The two engines have excellent low-speed torque performance. The latter was replaced by the direct injection engine with the maximum power of 180 horsepower in 1991, and the power performance became better. In 1992, in order to install the rear seat belt, the manufacturer extended the roll over bumper back a little, and ABS also entered the optional list. As soon as the Wrangler went public, it was a great success, but the good times were not long. One year after the Wrangler went public, Chrysler acquired the American Automobile Company (AMC) on August 5, 1987. Jeep also joined the jeep Department of Chrysler Group, which opened a new stage for a new era of jeep history. 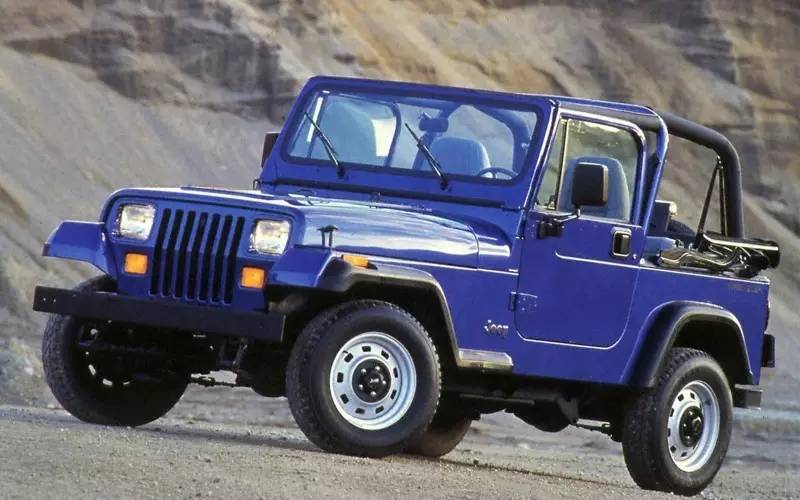 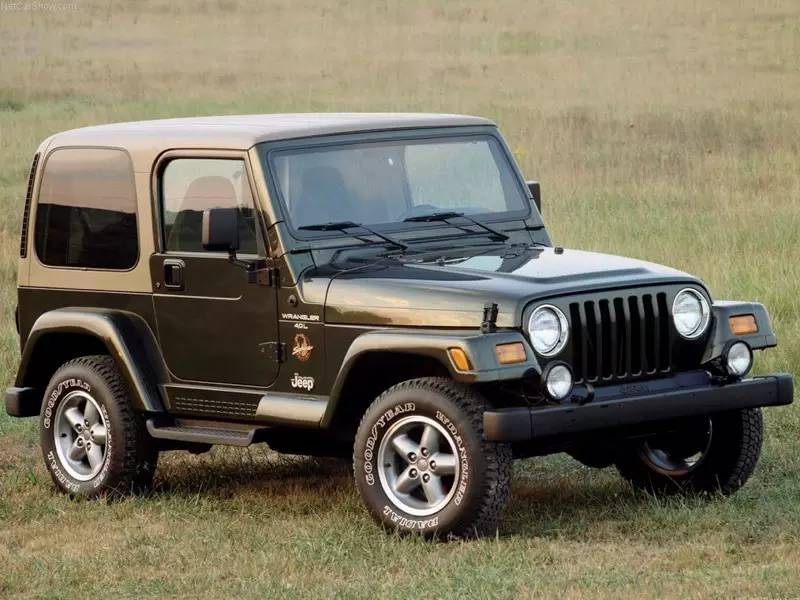 After ten years of success, Chrysler Group launched Wrangler TJ Series in 1997, which has been in service until 2006, becoming a more people-friendly off-road vehicle. In appearance, it returns to the most traditional round headlamp design, which is also the classic place of Wrangler. 80percent of the parts of the whole car have been redesigned. With more modern technology, each part has become light and strong. The Wrangler have begun to enter a new development period. 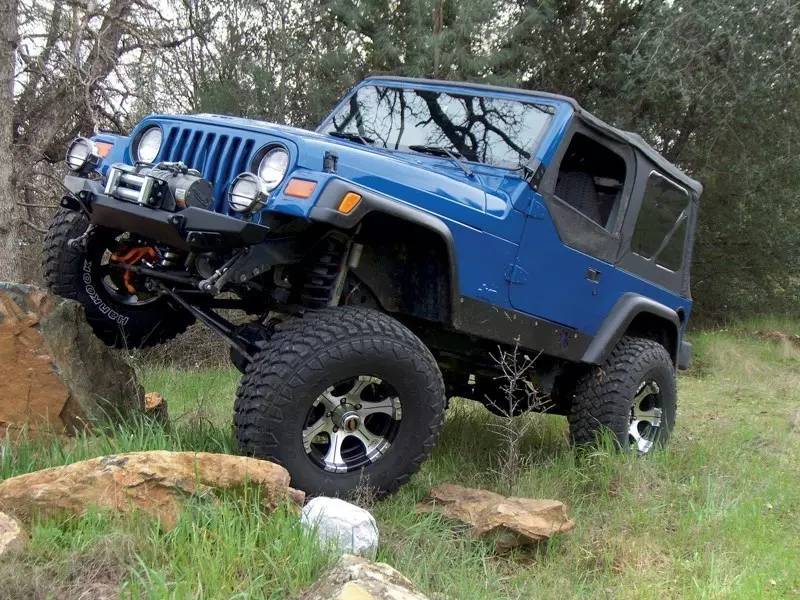 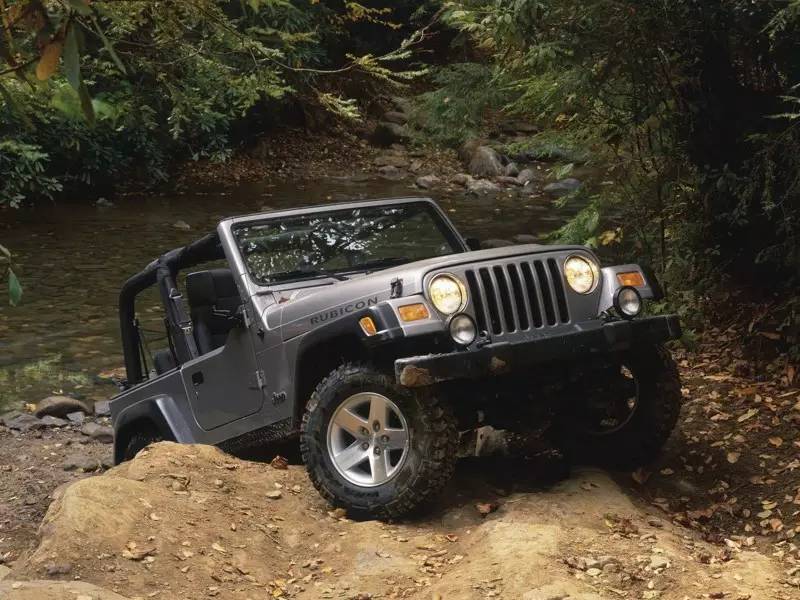 In 2003, Jeep launched Rubicon, a vehicle with perfect equipment and powerful off-road performance. The name comes from a legendary cross-country road, the famous Rubicon trail in the United States. Rubicon model is specially designed for off-road enthusiasts. Dana 44 axle is selected for both front and rear axles, equipped with key locking differential, rock trac transfer case with transmission ratio of 4:1, as well as a large number of options never used on rear wheel brake, chassis guard plate and Jeep model. 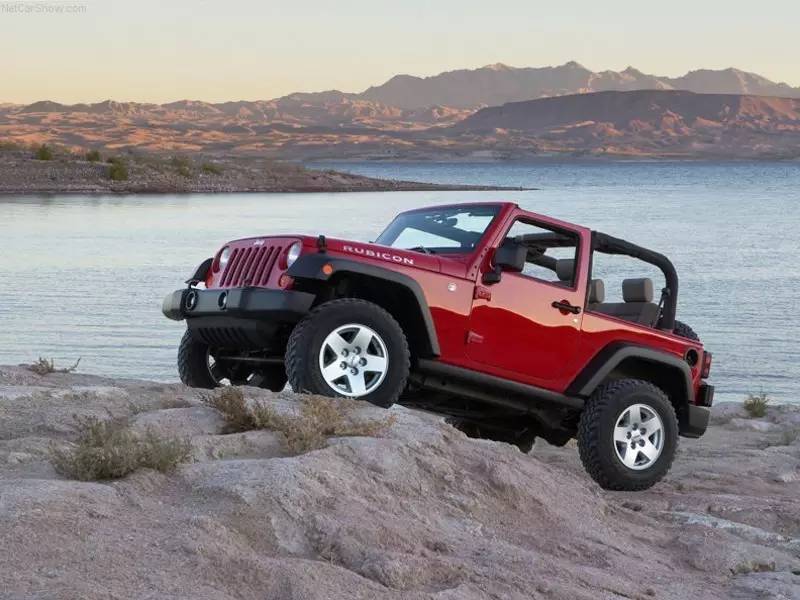 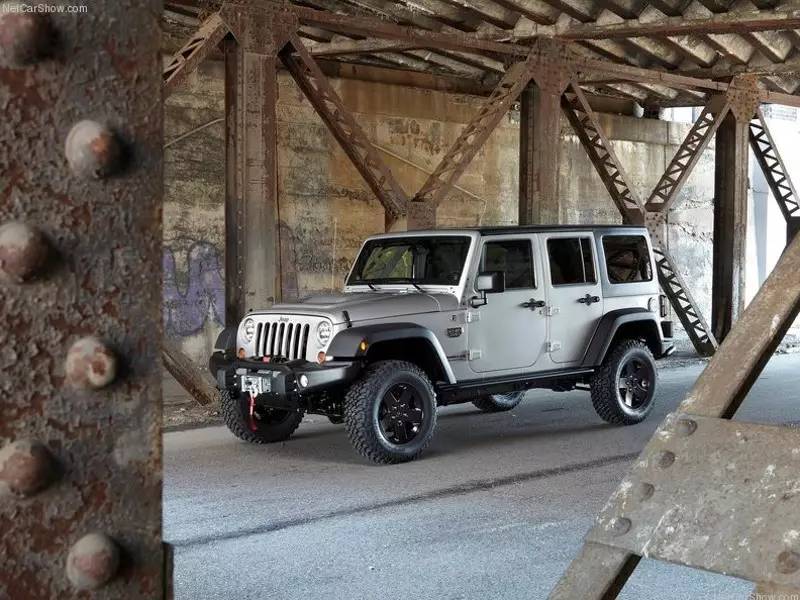 The JK series model of Wrangler has greatly improved once again. The appearance and interior design of the new car have become more contemporary. At the same time, the brand-new chassis and frame have brought better handling, safety and higher engine economy. All models use solid shafts, detachable doors, exposed hinges, reversible front windows and innovative detachable and foldable roof, which are the essence of the Wrangler series. 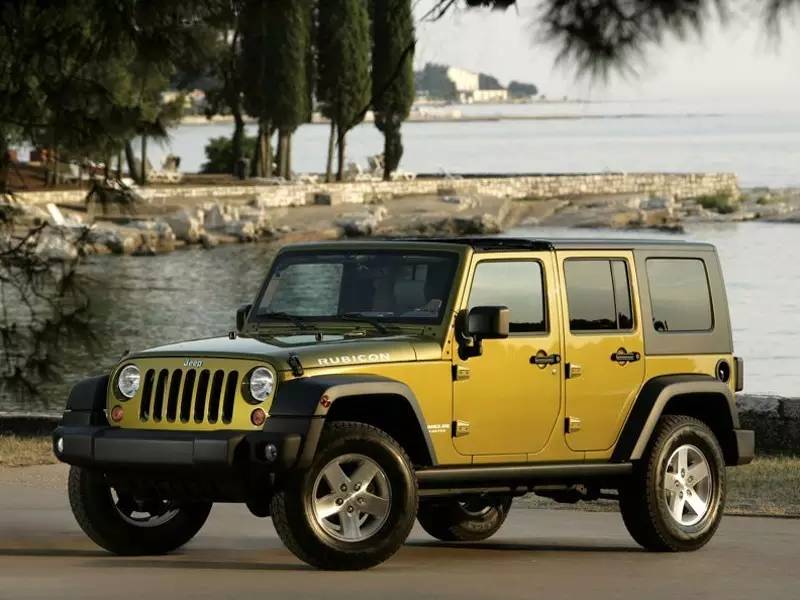 The power is matched with 3.6L pentastar V6 engine, 3.8L EGH V6 engine and 2.8T RA 428 diesel engine. At the same time, the six speed manual gearbox is a variable configuration, and the four speed automatic gearbox can be selected. Two low-level models are equipped with command trac four-wheel drive system, and trac LOC limited slip differential is optional. The Rubicon is equipped with a 4:1 rock trac transfer case and a tru Lok front and rear axle electronic lock. 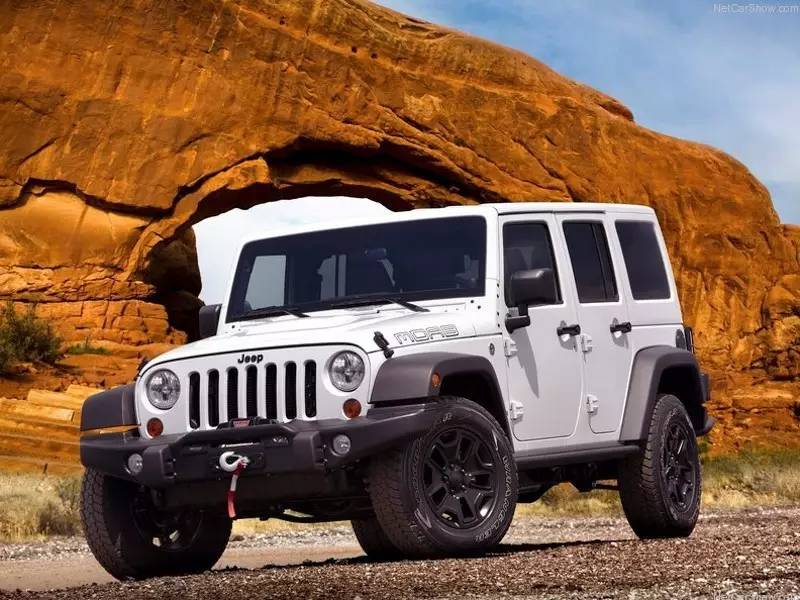 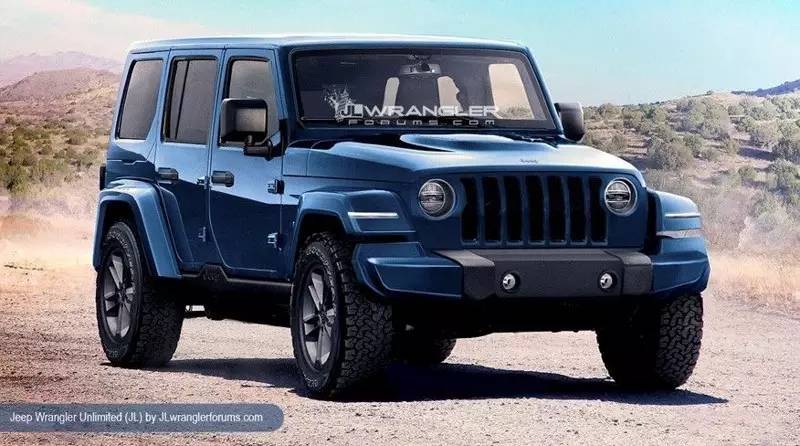 The new generation of Wrangler use all aluminum body covers to reduce the weight of the body to improve fuel efficiency. It is expected that there will be some changes in the appearance of the new Wrangler, for example, the headlights with LED light source will be more fashionable in vision. 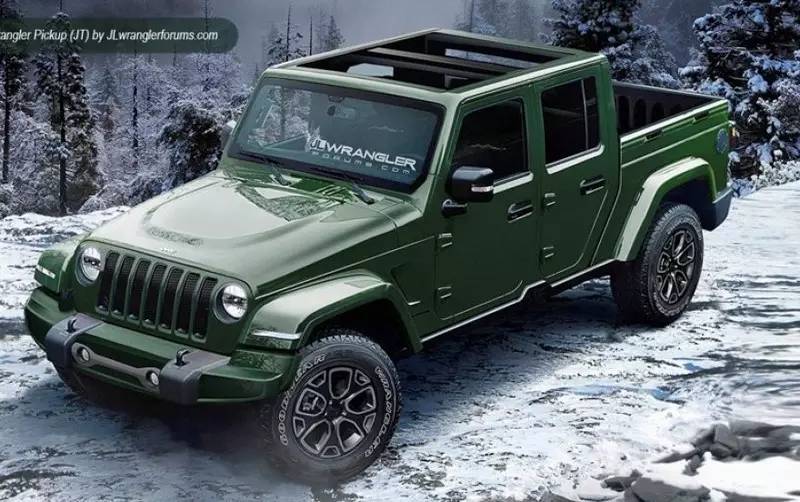 In terms of power, the new Wrangler will be equipped with a 2.0T four cylinder turbocharged engine (internally called hurricane), which matches the 8-speed automatic transmission in terms of transmission system; the upgraded pentastar 3.6L V6 engine will also be installed in this vehicle, which also matches the 8-speed automatic transmission. In other aspects, the car will also provide a 3.0T diesel engine. 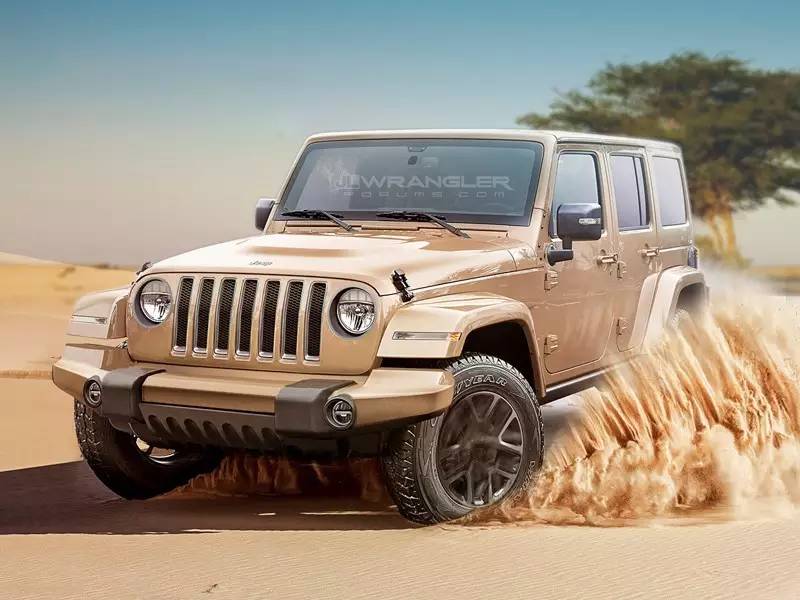 After more than 70 years of evolution, Jeep Wrangler have inherited the essence of military off-road vehicles, not blindly following the trend. Wrangler still adhere to the use of non load-carrying body, still insist on putting off-road performance first, adhere to their own principles, not lost in the market, not compromised in sales volume when more off-road vehicles emphasize comfort. This is the most primitive character that SUV should embody. It's the personality that Jeep should show and the only reason why fans are infatuated with Wrangler. It is the true spirit of cross-country to live for the extraordinary, to conquer and to excel, which is possessed by horse Wrangler. 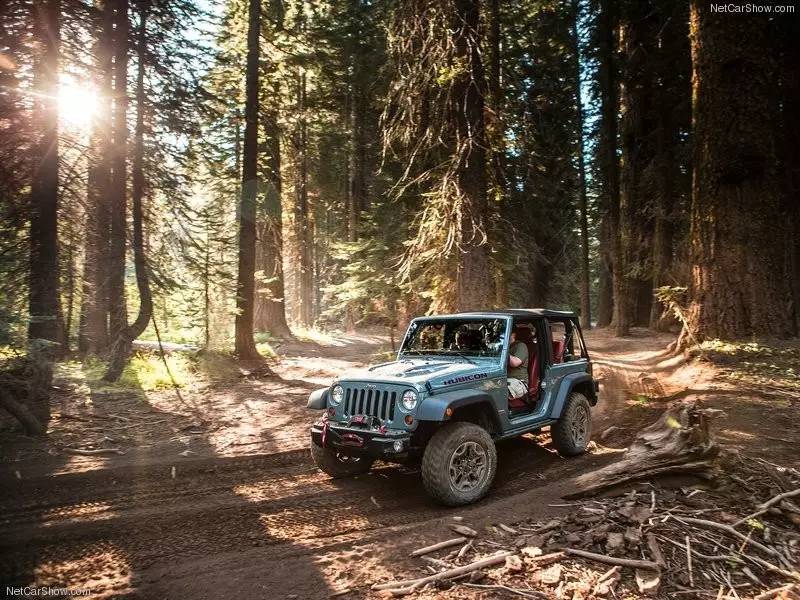